To be the world's leading solution to smarter, happier and healthier lives.

Our Mission is to maximize human potential through advanced science and education, enabling people to become the best at whatever they choose to be. 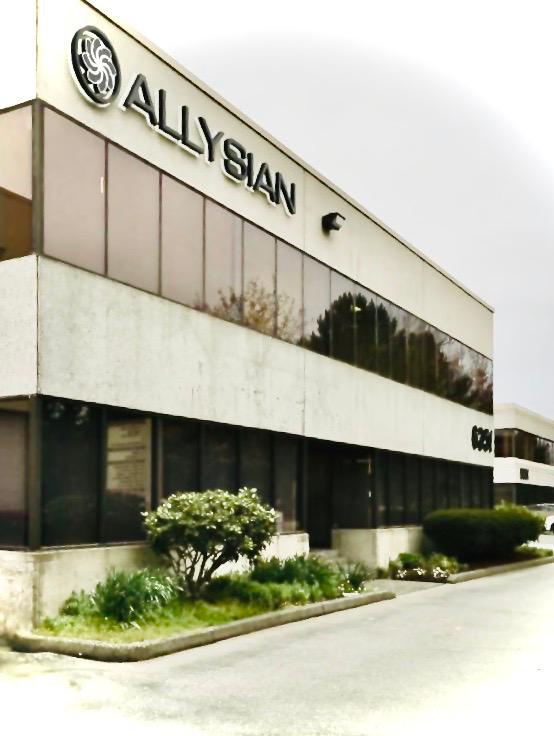 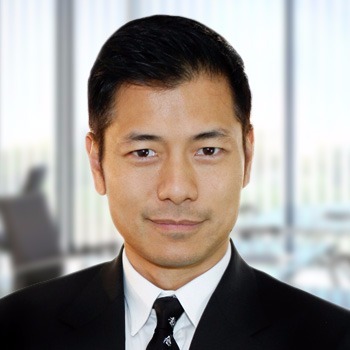 Rod Jao was the President of a privately held investment company that invests and holds interests in commercial and residential real estate projects and, through its venture capital arm, seeds and funds opportunities in the technology, manufacturing, food and beverage and telecommunications sectors.

Rod's background includes software development and network marketing, and he is one of the youngest individuals in the history of one of the biggest direct selling companies in the world to reach a high level of success, having been involved in the opening of key international markets and being engaged in countless public speaking appearances to audiences of tens of thousands worldwide. He brings an international network of contacts critical in the development of global sales and marketing strategies. 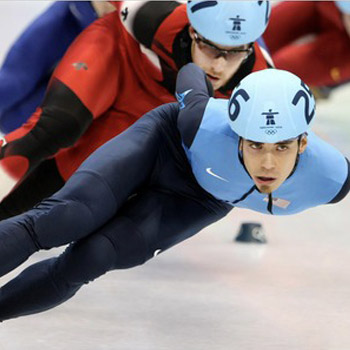 Apolo is passionate about health and helping people around the world through education and nutritional improvements. Apolo's unique and distinguished background comes from being the face of the Winter Olympics across three consecutive games and finishing his career as the most decorated American Winter Olympian in history.

Apolo has worked with a multitude of fortune 400 companies as an ambassador and spokesperson - speaking on topics of mindset, positive psychology and health and wellness. He serves as a Special Olympics International Ambassador, and several other non-profit organizations.

Genio brings over 25 years of industry experience as a successful entrepreneur, dynamic public speaker, professional sales trainer, and a personal development specialist. While completing his double major in Chemical Engineering and Kinesiology at the University of British Columbia, Genio at the same time built a network marketing organization grossing over one million dollars in annual sales and attained the top level in the company.

At the age of 35, he returned to complete post graduate studies in business administration, software development, project management, and accounting which led him to form Actuent Web Consulting. Actuent is a website development and hosting company with a portfolio of clients including Toronto Dominion Bank, Lexus, Scotiabank, Tourism Whistler, just to name a few. After a rugby injury, his health came into jeopardy and he started to become obese. At the age 43, Genio found himself weighing over 400lbs. Through persistence and research, he was able to find a solution that allowed him to drop over 160lbs and 20 pant sizes in under 2 years. At the same time, he acquired his Master's in Clinical Nutrition and his Holistic Nutrition Certificate. He has traveled globally to countries such as China and Europe speaking to thousands on health, wellness, and business development while sourcing out innovative health and wellness products. When Genio is not investing his time with his diverse businesses, he enjoys spending time with his family. He believes that being a good husband and father are his ultimate achievements in life. 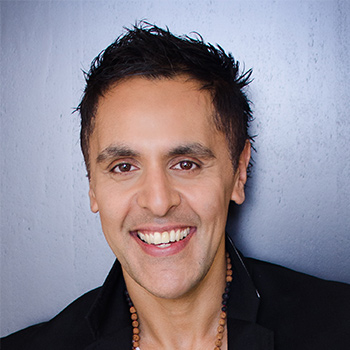 Dr. Sukhi is an Award Winning Doctor, Bestselling Author and Global Speaker. As an advanced Biohacker he's spent over 2 decades studying the brain and nervous system as it relates to Health, Healing & Maximizing Human Potential. Raised in the darker shades of life he's practiced and developed transformational strategies in the field of Personal Growth & Development.

He is a Master at developing people and has touched the lives of tens of thousands worldwide helping them shatter their limits and achieve Extraordinary results in every area of life. As a partner at Allysian he will continually develop the Advanced Awareness strategies on both the mobile Allysian App and facilitate Live trainings across the globe with the Allysian Academy of Mastery.

Dr. Sukhi lives in West Vancouver, BC with his wife and 2 daughters and has utilized these powerful strategies to become a 7 time Ironman Finisher and complete challenging 100 mile ultra-marathons with successful podium finishes. His mission is to help millions across the globe to Maximize Human Potential with Allysian. 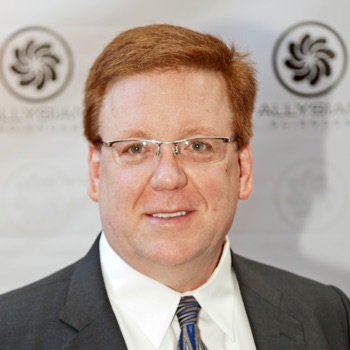 ZPG represents private and public companies in the USA and Asia. Since 1994, Michael has been active in developing new markets throughout Asia; principally in Japan, China, Hong Kong, Macau, the Philippines, Thailand and Vietnam, and in 2002, established ZPG. He has made over 250 trips throughout Asia and has extensive experience in the customs and intricacies of a successful venture in Asia. Michael has extensive experience in creating ventures in China in the successful liquidation of assets and in the establishment of ventures, joint-ventures and quasi-governmental ventures in anticipation of expansion outside local jurisdiction. To add to that, he has helped establish new markets and new brands in Asia and has helped companies successfully launch products within Asia within the regulatory confines of the applicable governmental agencies. Michael has also participated in numerous RTOâ€™s, IPOâ€™s and debt and equity financing in Asia. Furthermore, he has experience in public company representation on all exchanges with experience in working with all levels of private and state-owned entities and their governmental counterparts. ZPG and AZN have extensive experience in the areas of securities, corporate and business litigation and transactions, and have advised numerous management teams and boards of directors through numerous transactions.

From 1989-1994, Mr. Zahorik has served as senior litigation partner for Denver area law firms specializing in corporate and securities transactions and litigation. 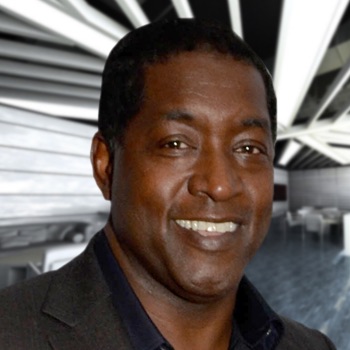 Philip Atwell started out as a music video producer and took up directing in 1999. Co-directing with Dr. Dre, he has produced music videos for Eminem, Snoop Dogg, Ice Cube, 50 Cent, Simple Plan, and other artists just to name a few. More recently, he directed the ground breaking Tupac Shakur Hologram project at Coachella winning him the Cannes Lion Titanium Award.

In addition to directing music videos, Philip has been involved in directing multiple films including both National Treasure movies and his first fiction feature, War, starring Jet Li and Jason Statham. His experience in the film and entertainment industry is invaluable to Allysian's global media strategy as the company launches. Philip is also a 1987 graduate of the University of Delaware where he was a member of the football team. 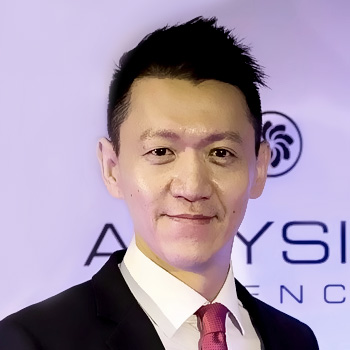 Roger brings to Allysian 17 years of sales and business development experience in the information technology and direct sales industries. He has a proven track record of opening and expanding businesses internationally specifically within the Asian marketplace. Roger has also served in sales and business management capacities for various network marketing companies where he has successfully facilitated growth in sales and Affiliates.

Roger holds a Bachelorâ€™s degree in International Trade from Tamkang University, Taipei. Rogerâ€™s background in traditional business as well as his experience as a successful leader as a distributor enables him to understand Allysian's community needs and provide the necessary support for their success in Taiwan and the rest of Asia. 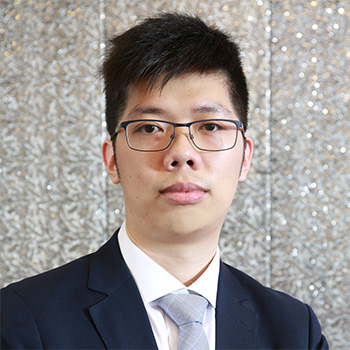 Shing graduated from the John Jay Criminal Justice College of the City University of New York, USA with a bachelor's degree in criminology and spent 5 years in telecommunications sales and customer service. At Allysian Sciences he has assisted the company in developing overseas business in Taiwan and guided the customer service operations structure for other Asia markets. 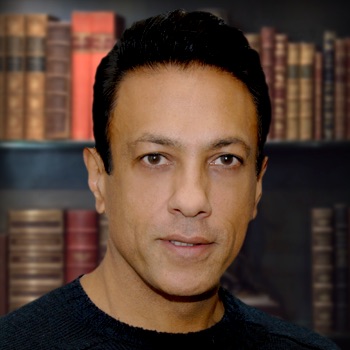 For the past 26 years he has been an international lecturer recognized by the Royal College of Physicians and Surgeons of Canada and the American College of Surgeons and Physicians. He has given numerous lectures on the subject of preventative medicine addressing topics including heart disease, cancer, arthritis, drug-induced nutrient depletion, prescription drugs, herbal medicine interactions, and anti-aging breakthroughs, through nutraceutical medicines or functional foods. He is a specialist in preventative health care, wellness, and anti-aging. In his spare time he provides health care tips to local media, including TV appearances and newspaper articles. 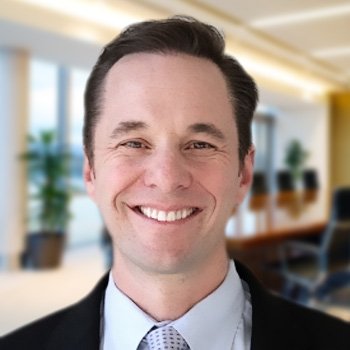 Michael Pine has been involved with multiple industries at the highest levels. Upon graduations from the United States Air Force Academy, he served the US for 6 years and retired as a Captain to take a position at CNN for strategic planning.

Since then, he has held the top sales and marketing positions as the Head of Global Sales and Partnerships for the WWE, a Vice-President of IMG College/NCAA Business Development, a Vice-President for the UFC, Chief Sales Officer of Ironman, and Senior Director of Turner Broadcasting. Michael currently leads Integrated Partnerships at FanDuel, interfacing with the companyâ€™s Professional League (NBA, NFL, etc) and Team Alliances. 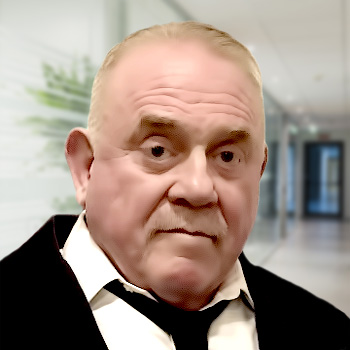 Mr. Schaeffer is a professor for the International Sports Sciences Association (ISSA) and travels both nationally and internationally teaching certification courses to fitness professionals. Certified courses included: Fitness Trainer courses, Sports Conditioning, Performance Nutrition, Youth Fitness, Law Enforcement Strength and Conditioning, as well as about six other certifications. He has received ISSA’s Lifetime Achievement Award for his work in the fields of nutrition and fitness.

Mr. Schaeffer has authored several books, articles, fitness informational materials, and sport and fitness related software programs. His unique training program structure and solid approach to nutrition and athletic performance has made Mr. Schaeffer a key factor for the achievements of many top ranked High School and Collegiate athletes, as well as hundreds of World-Renowned, Professional, and Olympic athletes, such as Apolo Ohno, Allison Baver, Louie Vito, Liam Ortega, Giddeon Massie, Mark Fretta, and Wayne Johnsen. Mr. Schaeffer is frequently called upon for speaking engagements, television interviews and radio talk shows. He has been featured on: the Discovery Channel, NBC Sports, Black Belt Video Magazine, Powerlifting Video Magazine, John Farley’s Health Crusades, Chicago Town Fitness, Hugh Simpson Show, and even interviewed on the popular “Dancing with the Stars” TV show regarding Apolo Ohno, as well as many other local and regional television and radio shows and numerous major magazine articles.

We guarantee satisfaction for all of our products and customer satisfaction is our top priority. If you are not 100% satisfied with your purchase from Allysian Sciences Inc. you can return your unopened item(s) in their original packaging for a full refund or exchange within 365 days of purchase. Returns must be unopened, in the state you received them, and in the original packaging.

RETURN MERCHANDISE AUTHORIZATION NUMBER: Before returning any item you must obtain an RMA number to be placed on the return package. Please contact us at support@allysian.com or call 604-369-0024 and we will supply you, within one business day, with an RMA number and our return address. Returns without an RMA number or to the incorrect address will not be accepted. If you purchased an Allysian Sciences Inc. product directly from an Independent Affiliate or Distributor (it was not shipped from an Allysian Sciences Inc. location) and are not satisfied, you MUST return the product to your place of purchase.

SHIPPING FEES: The original shipping fees, if any, are non-refundable, and the cost of shipping for the return of your shipment, if any, is at your expense. However, the cost of shipping any exchange items back to you will be covered by Allysian Sciences Inc. Please ship returns only with a trackable shipping method and note the tracking number of your return.